The Murder of A Matteress, Misery, and A Merry Christmas 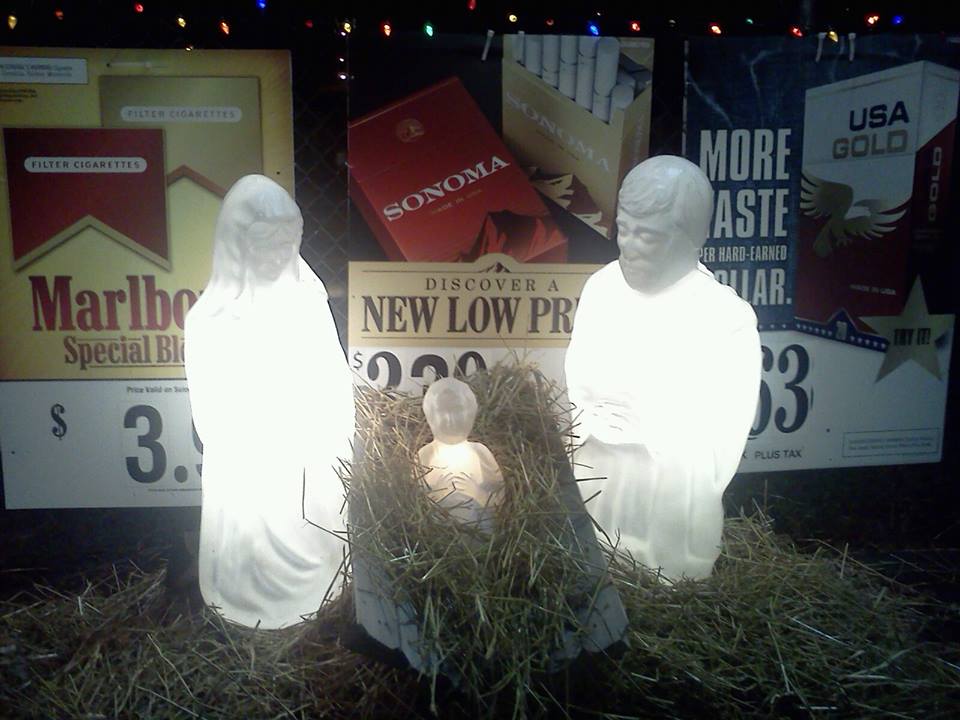 The Murder of a Mattress, Misery and A Merry Christmas

Most of us when we hear the words “New Year”, we think of January 1st of some year to which humans will make resolutions, as well as propel history...by keeping or not keeping them. New Years gives us time to reflect on our history, our future, to take time to admit how we ate too many cookies and gained more than Facebook friends over the course of the year or to set goals on how we would like to become more healthy, finish school, do something worthwhile...What ever it is, a New Year often gives us pause to reflect on ourselves; at minimum we have to account for our physical being in the passing of time...But The Church also has a Liturgical Year as well, filled with seasons that help us journey through our Spiritual life, as much as Spring prepares us for growth and fall leaves direct us to ready ourselves for the cold. The Liturgical Year not only provides an opportunity for us to set a path of Scripture readings so that we might work our way from the front pages to the last pages letting our hearts travel through The Great Love Story of God, while also appointing specific times for us to take a closer look at critical parts of our story in God -be it Lent and our recognition that we need a Savior during Holy Week to Easter, Pentecost, or to taking time to reflect on The Lord's and our own Baptisms and His Teachings, Eschatology, and circling back around to Advent is all a way to ever deepen our faith, but the year's end is also a time to take pause, to reflect on both our personal Spiritual Journey and that of The Church's. It is a good time to take stock in what has changed in our lives and what hasn't.

As we close this Liturgical Year what keeps surfacing in my heart is the thought of “what holds us”. What captivates our soul and where is that passion leading us- me. Here at The House of Hagar Catholic Worker, I often feel like just one day holds a novel worth of stories. The door swings open again and again. A kid from the neighborhood, a few homeless neighbors trying to get out of the rain, they dig through a massive stack of coats collected by a 1st grader, another who has no utilities under their roof who needs water and an outlet, another Catholic Worker grabbing a cup of coffee to hang out with those dodging raindrops gathered on the porch, the post man drops off three boxes filled with hats and scarves, foster kids running up and down the stairs happily playing, fostering our hearts to remember kids need innocence and not so much harsh reality, someone stops by, a Holy Helper for sure with cans of chicken noodle soup, another follows with toilet paper- a hotter commodity at the HoH then a newspaper fresh off the press...this is just in an hour of our day! Yet the many lives that walk through the front door of the Catholic Worker are so intertwined now, that never again can we be individual tales..we are a series of novels, never again being able to un-effect each other. This power to effect someone, to change someone's life is seen through out our community. From folks doing kind deeds for each other. A homeless man bringing me money to give to another homeless man -asking if I would take it to him with a blanket because in a sadden and shocked voice he wanted me to know there was “a ol' black man sleeping on the ground!”, said the white middle aged man to me. I knew where he himself slept on the ground. His concern for his neighbor choked me up – I wondered if I had lost the shock in my voice? There were two men sleeping on the street! Dear God! To the neighbors with building skills, helping another with home repair, building something greater than a building! So many acts of conspired Love.

But we see the effects of pain in our community too. One of our beautiful Grow OV Farm Mangers , Jocelyn, was telling me a few months ago how at arriving at our urban Farm 18, outside of the fence across the farm in the alley there was a women jumping up and down on a mattress, screaming a fellows name and how she was going to kill him. Her words were so raw, so intentional and so descriptive that Jocelyn was not sure if the person was under the mattress. By the time Jocelyn had the police on the phone, the women had ran into her house, got a knife and was stabbing the mattress screaming how much she hated the said person. Jocelyn was now very sure that if a person was under the mattress it was not going to be good. By the time the police arrived, the women had set the mattress on fire and Jocelyn was running with a hose, as the hundred year old tinder box houses lining the alley loomed closely as witnesses. The Police, sauntered out of their vehicle...Why weren't they running! Jocelyn was running to them! She started telling them what was going on! How she had witnessed a murder of at least a mattress but the lady was talking as if someone was under it-a fellow named –-------. They seemed unimpressed as the smoke waffed from the mattress, the garden hose having taken up its heroic cause. “Oh that is just -----------, she has been killing him for 15 years.” the officer said in a very reasonable voice.

But what is reasonable about waking up for 15 years with murder on your heart. What had happened to this poor soul that could not escape the terrors that she could not stomp, stab or burn out of her mind...I think about and pray for this poor lady a lot..for what is killing her.

A lot of what we see here is a result of pain.cycles of abuse, reactions of rejections, hardship overloads, systemic issues of social injustices, institutional upbringings..addictions created because perhaps when violence is understood not to be an answer, than self-medicating and hiding in a high is...until the addictions cause their own pain..new open wounds, pulsing fresh miseries.

We had to bury our friend Gary a few weeks ago. Gary was the longest living street person I knew- over 12 years on the street. Well, he actually lived under the bridge with his best friend Albert. When Gary was drunk, his cheeks were rosy, and his jolliness along with his white beard and hair left folks with the feeling of hanging out with Santa..well a Santa with perhaps a well versed vocabulary..He could make us all laugh. Gary was a favorite of many. If you were homeless, you wanted to know Gary. He could teach you how to survive. Everyone knew Gary, he was a legend. ...but when the alcohol ran dry, and the miseries of addiction scrapped against the wounds of a broken heart...another legend surfaced...Gary's past. Then the hurt, angry, tired Gary surfaced...this Gary did not look like Santa..this Gary did not look joyful...this Gary wept about the wife that had cheated on him. He would then go on in solemn gratitude to tell of a father who stopped him from committing murder. His father watched as Gary took a gun from his gun cabinet, got in his truck and went to kill the wife and her boyfriend. Gary's Father, got in his car and ran his son off the road..stopping him from committing a wretched crime...But Gary's hurt while it subsided never went completely away..so he ran away and ran to Wheeling, WV...where he ran himself, his hurt off the road, under a bridge with alcohol. He created a new family, new friends on the street. He would say he wanted to be homeless, he was free...but we knew he wasn't... an ache still chased him..Eventually the alcohol caught up to Gary..On his last days his friends surrounded his bedside, they held out love...mostly though, God held out His Faithful Love- Love that had been waiting a lifetime for Gary to crash into. Gary is not Homeless anymore-He never was suppose to be- Gary always had a Home in God, he finally stepped into it.

As this Liturgical Year ends and we head into Advent, leaning into Christmas ...I think of the plastic white lit up Nativity set at Neely's, our local convenient store. It is nestled amongst cigarette ads glowing in the darkness. There- this reminds me that Jesus is on streets of East Wheeling. The Jesus that came into our mess, into our addictions, our wounds, hurts and pain, so passionate for us...so wanting to hold us and to break those holds that control us and bind up our freedom. In these harsh realities of broken innocence a Merry Christmas is found for many of us..The real Gift of Christmas is opened. Here- where Jesus chose to be born where things aren't always good...in our brokenness and sin we get to glimpse The Christ Child. Hold Him. Vulnerable to us, wanting our love. Here, too He would die on a Cross for us- God With Us. He didn't come into the place where “it's all good” but into a place where His Saving Love was undeniably needed. This is what we All have to open this Christmas. ….and so we are a million more stories, unable to be un-effected, because we are all wrapped up, intertwined and held captive in the Heart of God!

Resolution: The door opens again, it is a new set of foot steps-someone I know this house is called to Love- because God does, as He did last year, this year and into the Heaven of endlessness where years are not needed.

...And until then He will also keeps sending His Holy Helpers bearing soup,blankets, Love and toilet paper! Thank you!!!!!!!